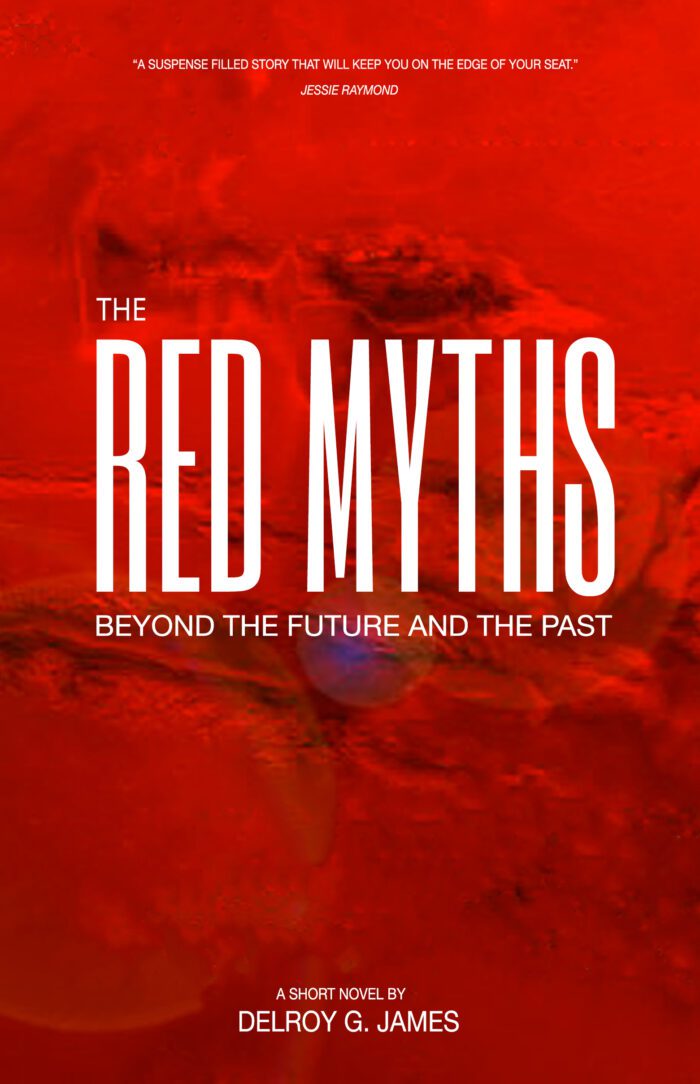 Beyond the Future and the Past
Professor Garrett Somers wants to liberate the planet from religious rules that hinder people’s freedom of choice. He becomes embroiled in a series of events and must rely on his knowledge of history to survive unscathed. His work exposed him to historical documents that revealed the cause of religious conflicts on the planet. It put him in danger because he also gave a lecture that disparaged the church. He purposely publicly expresses his dissatisfaction with the High Council, blaming them for escalating worldwide conflicts.

After reading the book, we would appreciate it if you would go to Amazon.com and post an honest review.

The Red Myths is a gripping tale from Jamaican-born author Delroy G. James. It tells the story of when Professor Garrett Somers gives a controversial lecture after years of testing the High Council,  and his luck runs out, forcing him to come to terms with the consequences. As he contemplates his next move, a series of intertwining events involving those closest to him causes them to grasp onto reality as if it is slipping.  Somebody is dead set on destroying their world. And as misfortune and tragedy strike his friends and loved ones, they must act quickly to preserve his legacy.

Is Professor Garrett Somers willing to do whatever it takes to change the world, or will he cower under pressure?

After reading the book, we would appreciate it if you would go to Amazon.com and post an honest review.

1 Review for The Red Myths